The article in this category are about only a few of the plants I have grown and that I have needed extra, and sometimes extraordinary techniques to grow successfully. 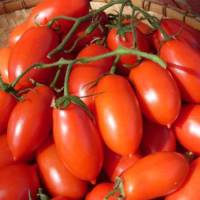 We have perennial issues with late season blight on tomatoes, so I studied ways to get tomatoes through the season. We want to preserve tomatoes so we grew Romalina from Adaptive Seeds.

A variety I have been breeding had no name but is a golden slicer. I named it TPS Golden for reasons that may become obvious. This wonder has survived severe frost, resisted late season blight, and has a will to live like no other tomato I have grown. Regarding will to live, some predator gnawed almost through the stalk of one seeding in a pot. Still it thrived, so I decided to transplant it. As I was taking it out of the pot, the stem bloke completely. Undaunted, I stuck it in the ground, watered it in. Amazingly, it continued to thrive.

This variety came from seeds labeled as TPS for true potato seeds from a local breeder. I intended to grow potatoes from true potato seeds. I transplanted the seedlings next to the potatoes. Well through the 2013 season, I realized that the single surviving plant neither looked like nor smelled like a potato. Though threatened by freezing temperature and exposed to blight fungus carried by over-wintering potatoes, it didn't succumb until it had ripened its fruit. And their rich and complex flavor is great, too. 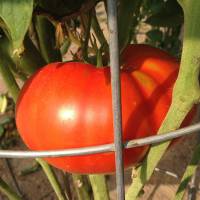 And because I received a packet of Brandywine seeds, we have a number of those, which are large, red slicers, said to be ugly but delicious. Here's our tomato project article. 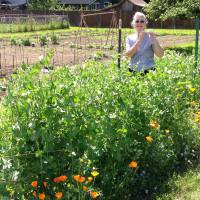 We hadn't heard of growing a second crop of peas for fall harvest until recently, and we found only a few tips about the challenges. So I have chronicled our approach to a fall pea harvest. We are growing the Maestro variety, a shelling pea because it generally grows well, has filled out pods of up to ten peas, and resists more than some others the little worms in the pods. Here's our fall peas article.

Except where otherwise noted, content on this wiki is licensed under the following license: CC Attribution-Share Alike 4.0 International